Happy in the Moment Blog... Sharing Knowledge and News

Blogs appear on this page in date order. Scroll down to the bottom of the page to browse blog categories and to search for specific topics.

"It is not nearly so important how well a message is received as how well it is sent. You cannot take responsibility for how well another accepts your truth; you can only ensure how well it is communicated. And by how well, I don't mean merely how clearly; I mean how lovingly, how compassionately, how sensitively, how courageously, and how completely."

Do you get really tired and drained by all of the drama in your life? Does it seem to follow you around? This video was created for you! Learn how to deal with drama and stop drama from being a permanent visitor in your life.

Do you get tired of all the drama in your life sometimes? Does it drain you of your energy? Drama at work, drama with the kids, with your parents, or family members? Drama is often related to the ego and theres a lovely and very accurate quote that goes "Drama does not just walk into your life. Either you create it, invite it, or associate with it"

Most of my younger years and 20's were drama filled -a phase of my life where I seemed to be constantly flirting with creating, inviting or associating with drama.

It wasn't until a particularly upsetting drama filled event in 2014 that I had a big wake up call to the drama around me. It’s not something I can talk freely about because other parties were involved but my stark realisation was that drama had come to me in my external world because I had created it and I had created it because I wasn’t mindful and considered about my reactions to what was going on around me. I allowed my automatic reaction and narrow perspective take the lead. I’ve got 6 really powerful points to make (that I had to learn the hard way!!!) about how to deal with drama effectively….

The first thing I should of done after becoming aware of a drama arising was to observe it, from a place of distance. Rather than automatically participating and having my say, my best option would've been to just be. To speak less and listen more. Not to add anything, not negative nor positive, but to take the time to hear, to see and feel the drama and to side step into a place of observer. Remember that not everything needs a reaction.

So, if a drama starts to unravel around you, just notice it and don’t resist it or get entangled in it, step back, just give yourself some time and space, walk away and allow some higher wisdom to flow in before you react. Take some deep breaths in the loo, go gather yourself in the bedroom, whatever it takes to allow you to create calm around the situation. Don’t feed into the drama.

When you allow yourself this time, to zoom out of the drama, you gain something very powerful- perspective! You get a better perspective. If you were hovering above this drama as an innocent, unattached bystander, and looking in on what was going on, how would the situation look? How small or unimportant or trivial would this drama be? How insignificant is it in the bigger scheme of life? Is this going to matter in a year? In 5 Years? Who's actually in the wrong? Who's to blame? or is everyone guilty of adding to this emotional pot? Who needs to say or do what? A higher perspective often shows us that a lot of the drama takes place inside of our own heads and its usually because we're too emotionally involved in the situation to realise that things aren't as dreadful as we think they are. Zoom out and gain perspective!

Talking of perspective... many of us feel like we're not responsible for the dramas in our lives, like it just happens to us and we're powerless to prevent it. This gives our power away! We always have power in a situation. We may not have power to prevent it but we always have the power to choose how we react and what we take away in terms of learning. A higher perspective would be to take our power back in these situations by reflecting on the opportunities to learn from it. Every drama that comes our way gives us the chance to respond more thoughtfully, to react less hastily, to douse the flames of the fires rather than fan them. They are opportunities to learn how to deal with challenges better.

All of life is a mirror. If your life feels chaotic and dramatic internally, then your external world will be chaotic + dramatic - you'll attract drama like a flame attracts moths! If you cultivate an energy of peace and harmony within, then your outer life will reflect this state. The law of reflection is exact! If you maximise internal drama and focus on drama then you will maximise dramatic people in your life.

To minimize drama in your internal state spend time with people who don’t promote or create drama. Think about the people who are in your life right now. Which ones leave you feeling drained stressed or unhappy? If you can’t completely remove a relationship that makes you feel that way, then at the very least, minimize the amount of time that you spend with them.

And when you are with them, if a drama is triggered by a certain conversation, then steer that conversation elsewhere. To deal with drama in your life, remove the sources of drama -the people who bring it to your table. Always take the learning and reflect on how you may be inviting or creating or contributing to the drama, and then set about minimizing dramatic people around you.

And another thing I've learnt is about clear communication and honesty. Gossip is dramas best friend! Now I know that it’s hard to not speak about others and share our grudges and resentments and how they've annoyed us but gossip breeds more drama- its absolutely virile!

If you have an issue with someone be as open and honest and communicative as is possible with that person. Do it kindly and mindfully but be clear + straight up with them. Resist the urge to shut that down and say nothing because you'll then want to express it to someone else which could be taken as back- stabbing or gossiping.

A lot of drama comes from poor communication and by not daring to say what you want to say. Have the courage to speak to the person who’s upset you and save yourself a lot of drama in the long run.-

The best way to deal with drama is to mind your own business! Don’t get involved in something that has nothing to do with you. Create your excitement elsewhere. Keep your nose out of other people’s business and just focus on yourself and how you're moving forwards in life. Then all of the dramas will fade into new existence, they won’t be a feature any more.

If you only make one change in life, if you only ever do one thing to change it for the better, learn how to meditate. When you learn how to meditate you expand your awareness, you expand your consciousness, and that makes all of this more possible. With a practice of meditation, all of a sudden you will notice gaps in thought where your higher wisdom can drop in. Fuller perspectives are then possible, you'll see the bigger, higher perspectives of the situation, you'll become less reactive and more responsive. You'll have less drama in your life because you'll be centred and more peaceful internally. You’ll reflect that inward peace outwardly as well and so drama wont be following you around like a bad smell!

And that is my wish for you also.

Ill leave you with that for now and see you next time,

Sending you lots of love and peace. 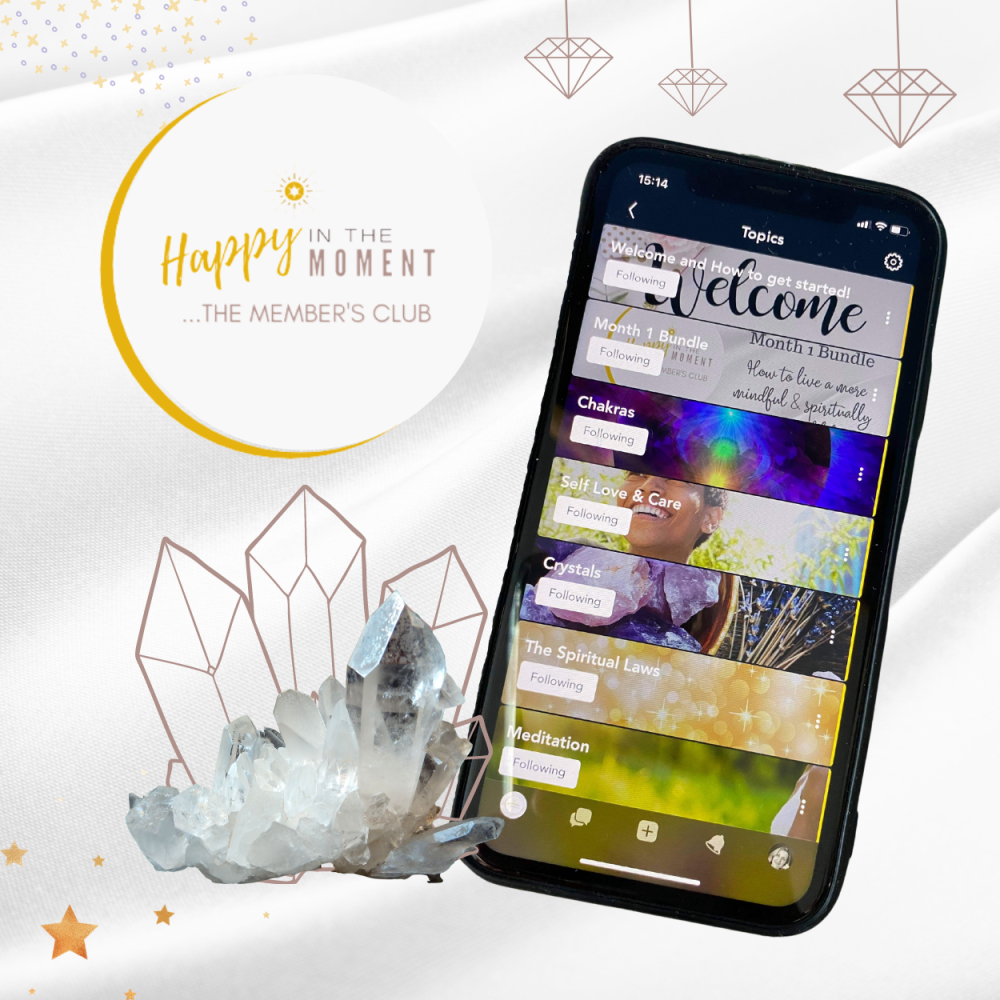 The Happy In The Moment Members Club

WANT MORE HELP TO GROW SPIRITUALLY?
I'VE GOT YOU COVERED IN THE MEMBERSHIP CLUB
Join the membership club to access...

Become a Member or Find Out More HERE!!!